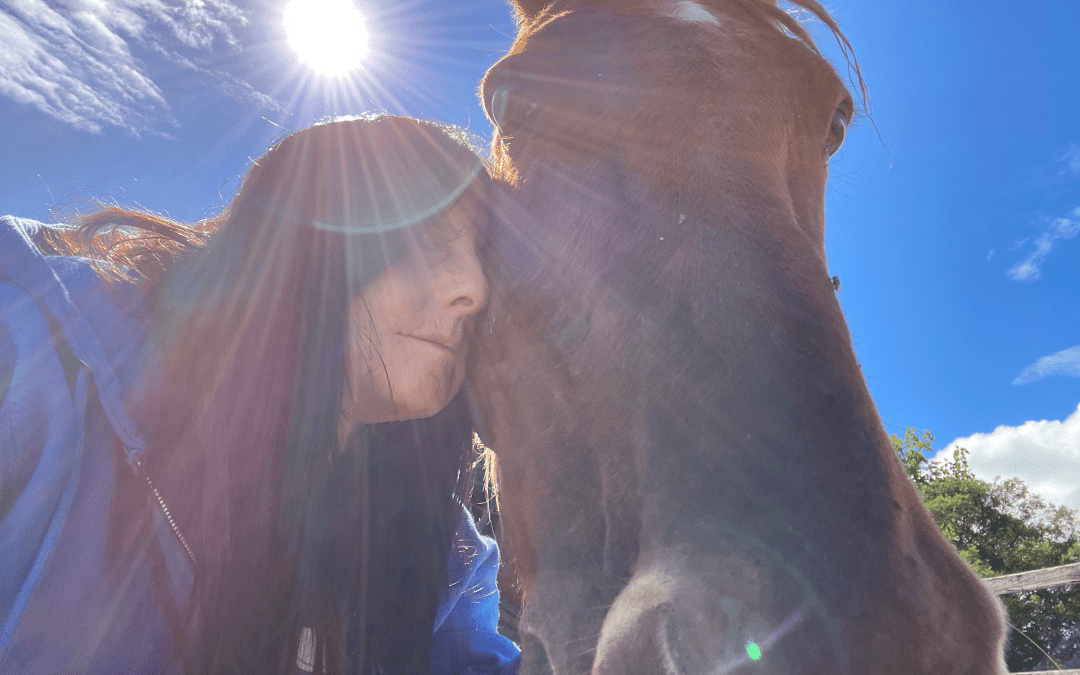 Sooooo… early this morning, the stars took a dear friend. Our aged and health —challenged beloved ex racehorse, Presto. She was the last of her herd of race horses we took on in 1997. The end of an era.

We had just moved in and absorbed a dozen abandoned racehorses into our own herd of rescues. Presto arrived unannounced in the back of a truck from where she had been on agistment. As I looked outside at the sight of this giant chestnut on the back of an open truck, towering over the world, it seemed she had a huge grin on her face. And then I watched in amazement as Hedgerose came galloping in from across the creek, squealing at the top of her voice. Presto had come home!

Presto had apparently been away for two years.

As she was now unwanted, we took on Presto and let her and Hedgerose roam free over the land with the others for years. Our farrier found them all so calm, he would wade into the yards full of horses, and do their feet without the need for halters and lead ropes.

For the last few years Presto, Hedgrose’s daughter, Hats, and a relative newcomer, Grace, were the last of the thoroughbred herd and fought over by the brumby boys. Tiny Spirit won the fight and two other wild ponies, Fae and Penny, filled out the royal herd,

Presto loved running with the wild ones across the creek. I have footage of her somewhere racing along the flat paddock, pig-rooting as she went. But in later years, she began to have some health challenges. About this time last year, we put her herd all across the creek after the flooding for fresh pasture and dry ground, which they loved. But after a while, she came into my dreams to alert me that she had a problem. She had an abscess and Spirit was taking her food!

We brought them back and thus began a year of intensive care for Presto. She was royalty, a thoroughbred, and treated as such. The last few months were so difficult with her wonky hoof and the wet didn’t help. But she loved life. And she did heal, for a while.

Meanwhile, Hats passed unexpectedly, and Grace grieved badly, losing weight and getting closer to Presto. I recently popped them both in the large old protected round yard, to separate them from the rest of their herd, so they could have hard feed and get plenty of hay unmolested. Grace improved, but Presto, despite our throwing everything medicinal at her, was losing the fight.

The day I started calling her “Hedgerose” was the day I knew she was coming close to passing. Hedgerose had arrived in spirit to take her home.

In her last week in particular, we spent hours trying to make her comfortable and protect her from the flooding rain. We bought a set of panels to make a portable yard, but the giant tarp we’d been gifted after the fires looked like ex-military housing! It was impossible to wield without manpower and equipment. We scratched that idea and used it as a windbreak instead.

I told Presto how upset I was at not being able to provide her with better shelter during yet another flooding event and she scoffed at me. She had mother earth holding her, had a rug to keep her warm, and she could see the stars. She was content. It was perfect for her.

On her last day, we were flooded in again, cut off from the world. I put down bales and bales of teff hay to soak up the mud and we took down the panels. This beautiful big, enclosed space took on a very special and sacred, comfortable air. It was perfect after all. The rain reduced to a drizzle and Presto went down. And didn’t get up. We all knew she was leaving. And she was ready.

That last night, Andrew and I went out to check on her at midnight, and sprit told me to stay. I couldn’t leave her. Grace and I bonded deeply as we stood together holding sacred space in the dark, side-by-side, like two horses. Grace was very happy I was there. We cuddled a lot, comforting each other, me holding her in my arms, her holding me with her beautiful neck and face.

It had been dark and overcast, but at one point, the clouds parted and the stars shone through. I was staring with delight at the Milky Way and the Southern Cross and all the planets, when I suddenly realised that Presto’s spirit had left during this display. It was a perfect portal.

I felt her exultation, her expansion, her bliss, her peace. It was beautiful. It was soaring. One of those mystical, magical life events.

And then the stars disappeared behind clouds again.

Her spirit had flown, but her body was still shutting down. Just as strongly, I was told to leave for the final shutdown. I walked through the paddock in the predawn light, noting that Spirit was on duty with the girls, who were sleeping peacefully on the earth. Across the fence, Moondancer, healing from an injury, was also sleeping deeply, safe and secure.

The next morning, Presto’s body was exactly as I left her. Peaceful but empty. Some animals will do that… wait until you have turned your back to finish up the leaving process. She would have finished as soon as I walked out the gate. But I was already complete. Her soul had been free, suffused in Light. I still feel her exultation and after weeks of grieving terribly, I feel as light and free inside as she does.

The end of an era.

She wanted me to tell you how important it was that she had humans who respected her enough to fight for her, to give her every chance and not to take her life, until she chose to let go. She spoke at length about how important it was to be respected as a sovereign being. And able to make her own choices. She was so content and peaceful, and, she said, so grateful to have had 25 years of freedom.

Hospice care and conscious crossing is never easy emotionally, but the reward is the special intimacy you form, the deeply spiritual and magical moments for both you and the being crossing. And the peace! To know that their friends always come for them to take them home, that there is a special moment and time for each individual, to witness on the inner the profound spiritual growth.. for both you and the being passing.

This is the Great Mystery.

We have lost a respected elder. One who was here from the beginning. And like her, I feel my new life is just beginning. Here’s to the next 25 years. The grieving period is over. Now to remember all the good times we had together. It’s what they always want.

Oh, I’m going to miss her terribly. The love in her eyes. Her last recognition of me when she called out as I opened the gate, pleased I was there. Her tallness. Her sweetness. The bond we shared.

Enjoy your next adventure, my love.

You leave a massive hole. Thank you for being a part of my life. There are no accidents. Thanks for sharing with me the reason. And thank you and Grace for such a special evening of mystery and magic, and welcoming me into the world of horse and nature. We are all connected. We are One. 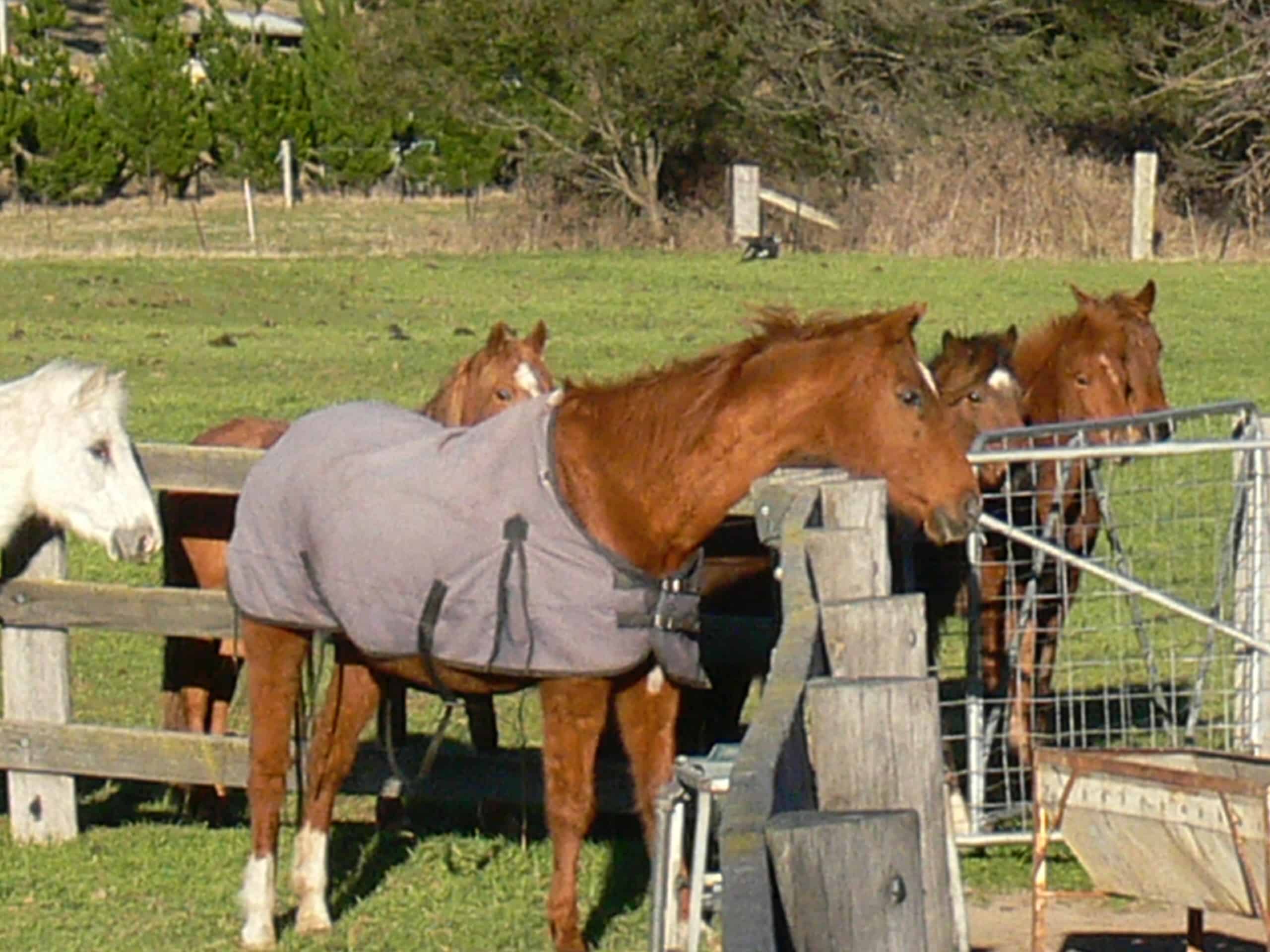 Presto in 2006, hanging out with her friends, the brumbies 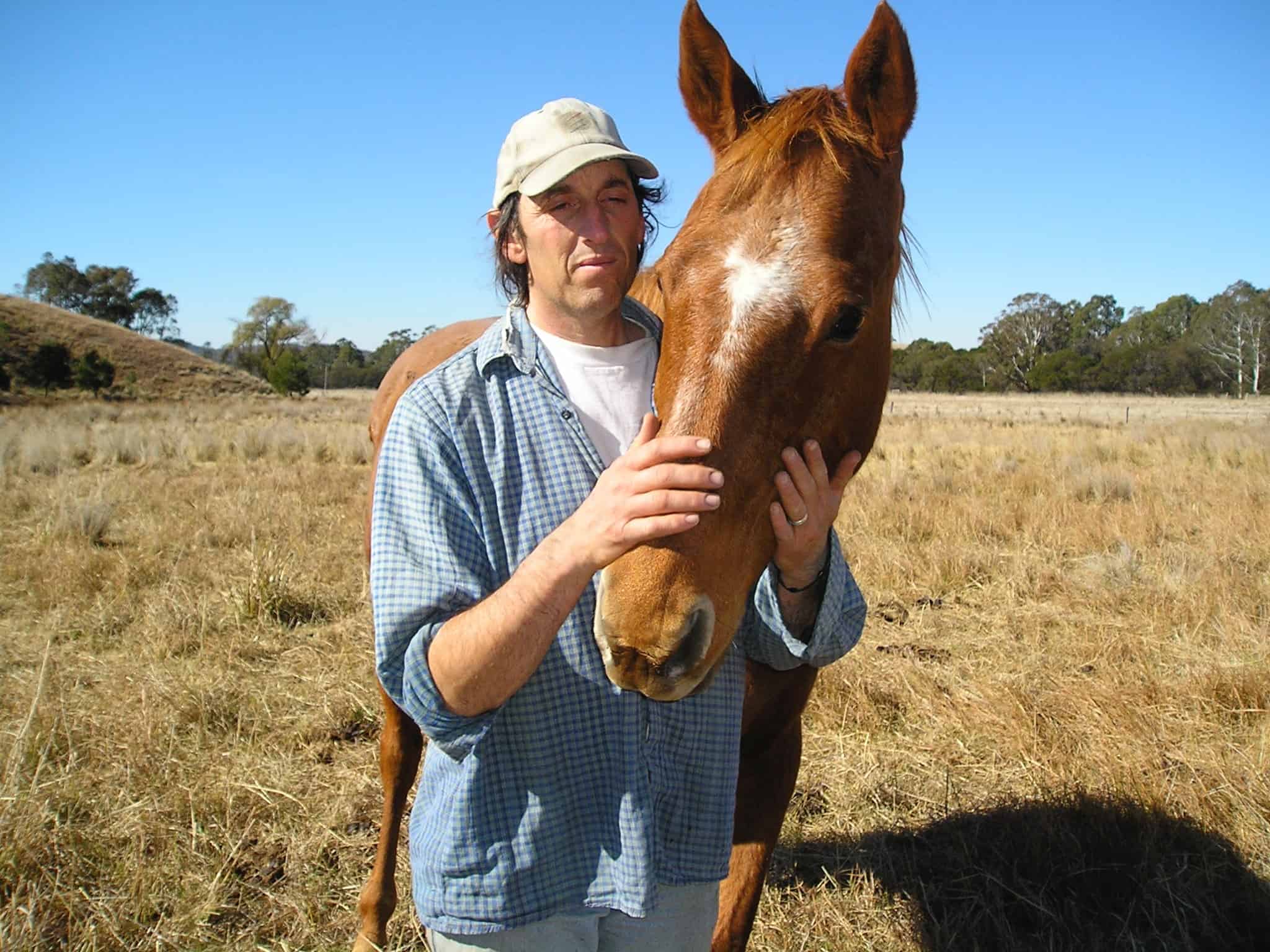