Vale Beloved Bast — Our Mother of All Cats 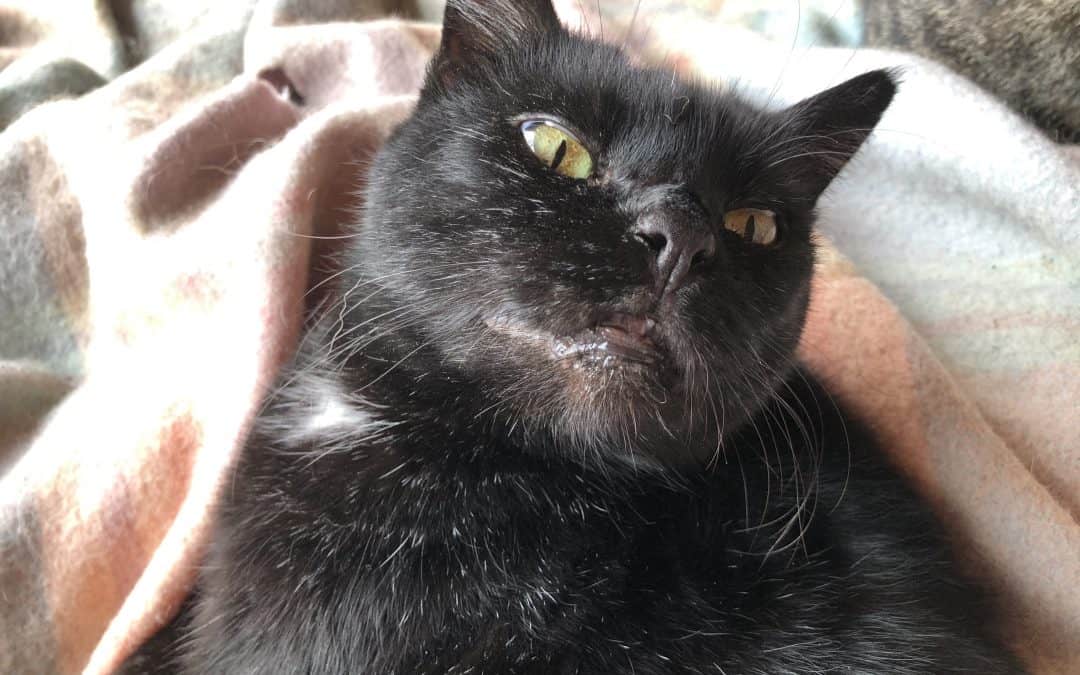 The black cat stared us miserably from the paddock next to the hay shed where she had sought shelter. It was raining and cold in the middle of winter and my heart went out to her.

She walked into the trap with food, but that’s when we saw the kitten. The kitten who slipped away behind the hay bales and disappeared. The black cat’s kitten.

We let her go, growling and hissing at us as she went.

But the black cat didn’t leave..  We kept seeing her at the house.. Still looking miserable in her outside existence.

One day Tam went into the workshop and found the shed alive with lively kittens. We set up the trap and this time caught everyone and eventually brought them inside in an enclosure. The black cat took ages to calm and establish trust, but eventually she blossomed and purred, and for a long time she lived happily in Tam’s room with her kittens, as she learned about human love and care.

We named her Bast. She was the mother of cats. She was black and silky and round with yellow eyes that were always smiling. She liked nothing better than to sit on you if you were watching a movie. She couldn’t get close enough to the humans who had saved her from Outside. And Cold. She never wanted to go outside again. She had food and love and warmth and a kitten family who thrived and lived. And she lived happily around the house sitting in the sun, curled up with her kits by the fire, sitting on the couch with humans.

One day we found another tiny black kitten in the hay shed all alone. We trapped him and brought him to sit by the fire. As soon as he saw Bast, he relaxed and thus ended his rehabilitation. She did the rest, taking him under her wing. We called him Angus.

Angus joined Lav, Silver and Little Bear as Bast’s children. And everyone lived happily ever after.

Until one day at the end of March. Bast was off her food. Highly unusual. The cats all crowded into Tam’s room where the Mother of All Cats curled up in a ball on Tam’s bed. She was dying.

How could she be dying? There had been no symptoms, no illness.

But there had been spirit cats. I’d seen them everywhere in the kitchen. I dismissed them as a thin veil, because everyone was healthy. But no, they had come for her, our beautiful Mother of All Cats.

Her kittens all curled up beside her. Putting their paws on her. Angus purred. He purred her all the way to the Otherworld, all the way to the Summerland. Just like a druid or a shaman would sing a spirit to the same place. I looked at him with new eyes. Who was this soul? Tam and I created a beautiful sacred space, and just sat quietly in Witness, all three of us shocked into accepting what our hearts denied. She was leaving us.

At 3 am on April 1, 2020, Bast, the Mother of All Cats, took her last breath. Angus abruptly stopped purring. The cats all turned inward, nursing their own grief.

We still can’t believe it.

Later, I contacted the spirit of this beautiful being. She knew Tamsin was hurting badly by her passing. Look after your little one. She needs laughter and song.

Of her sudden passing she said: Not even you can close a door that is meant to be open. My children thrive and are strong and happy. What else is there?

The experience of her passing was one I will never forget. Humans are all about taking kittens for themselves, away from their mother.  Imagine how that must feel. Here at A Place of Peace we treat every mother with respect.  If they have children they keep them forever. And the Mother of all Cats passing surrounded by her children and purred off by her adopted son.. that just says it all.

So grateful for the profound experience and all the love. Bast, you are so deeply missed. 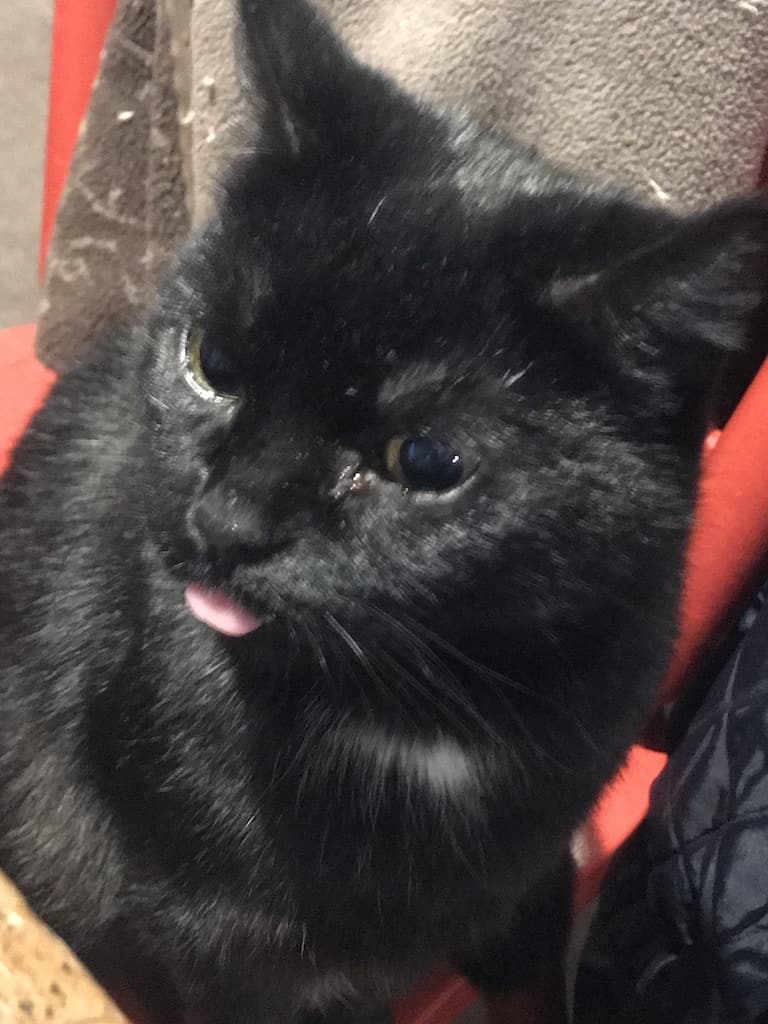 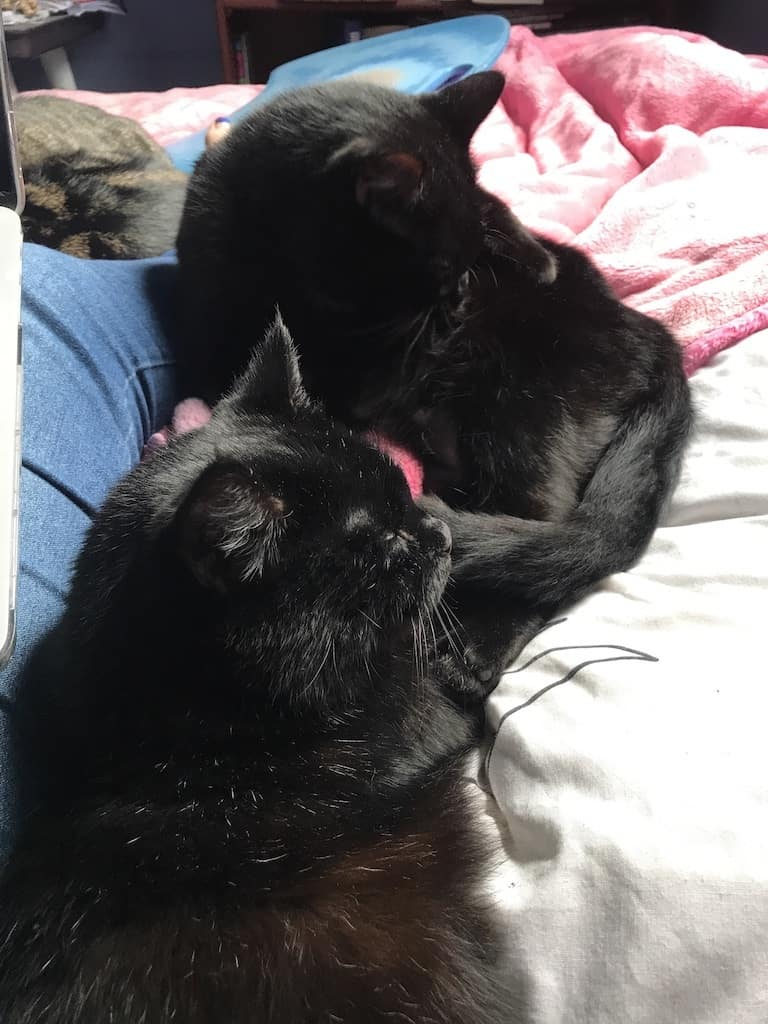 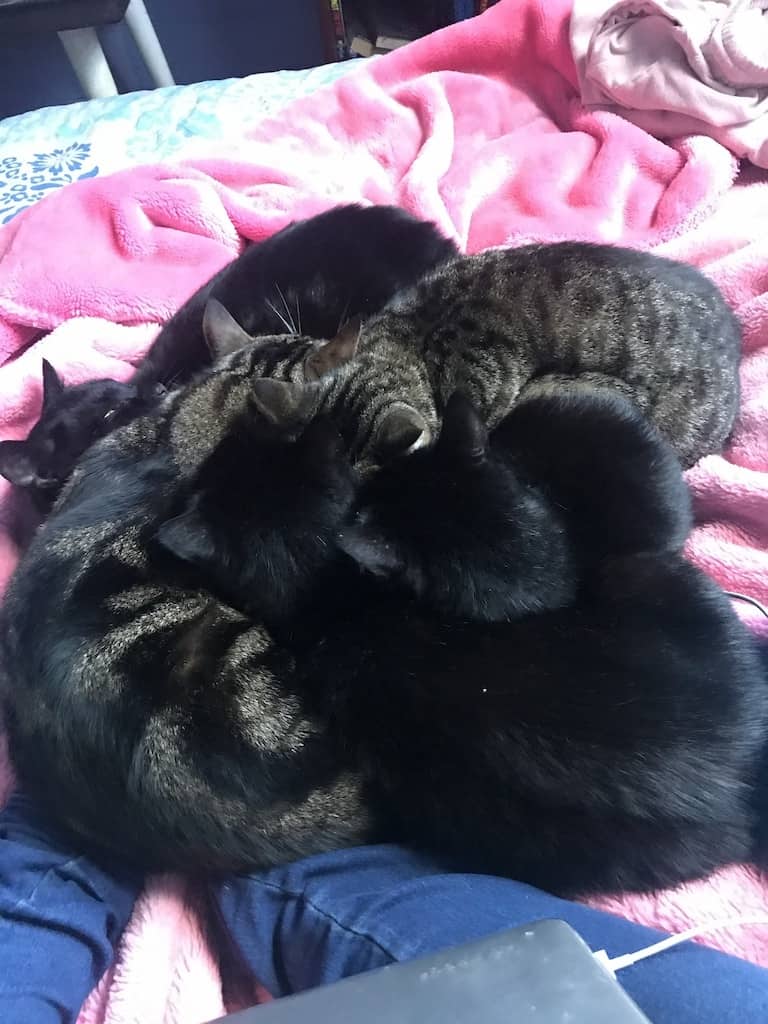