The Further Adventures of Elf with Food 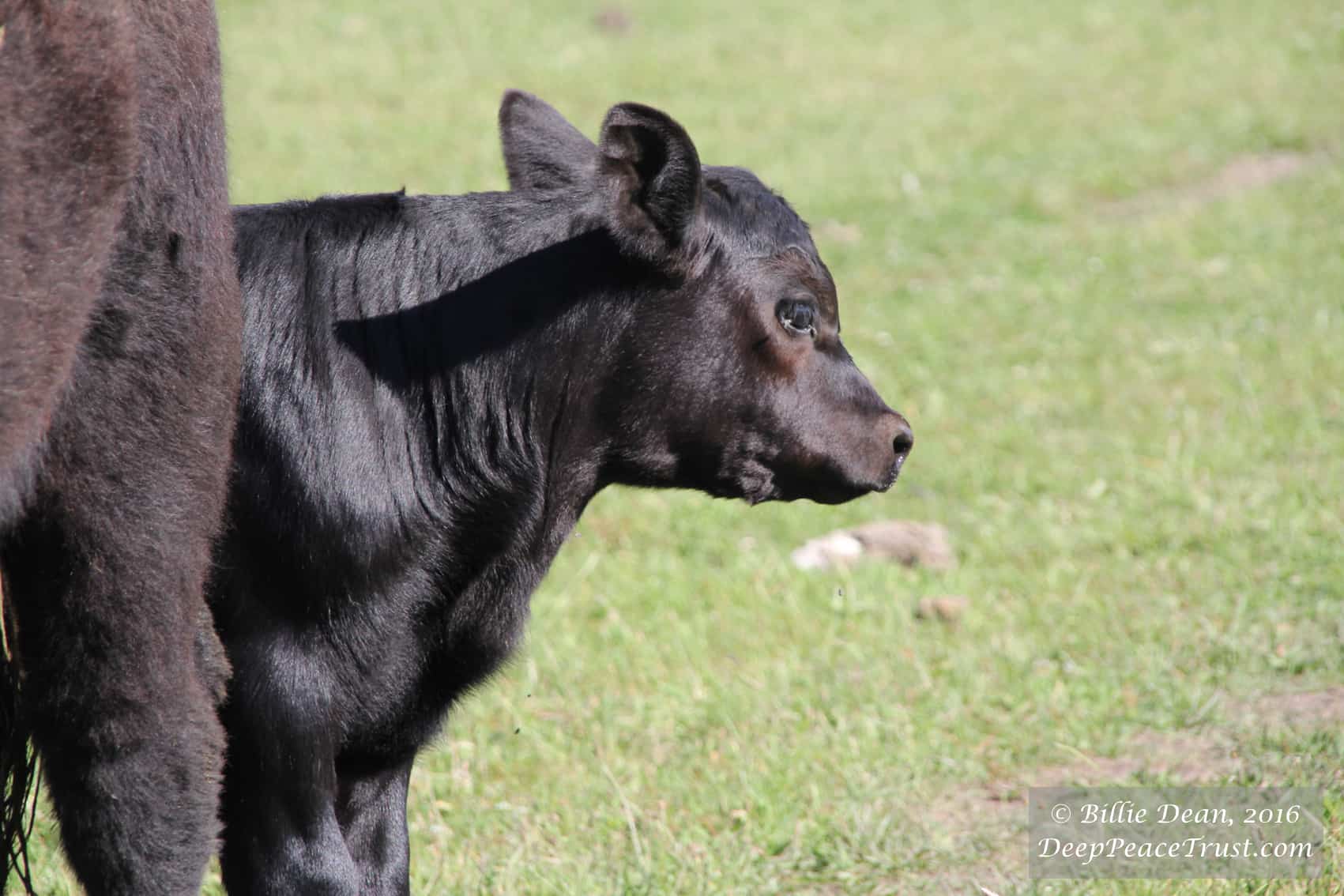 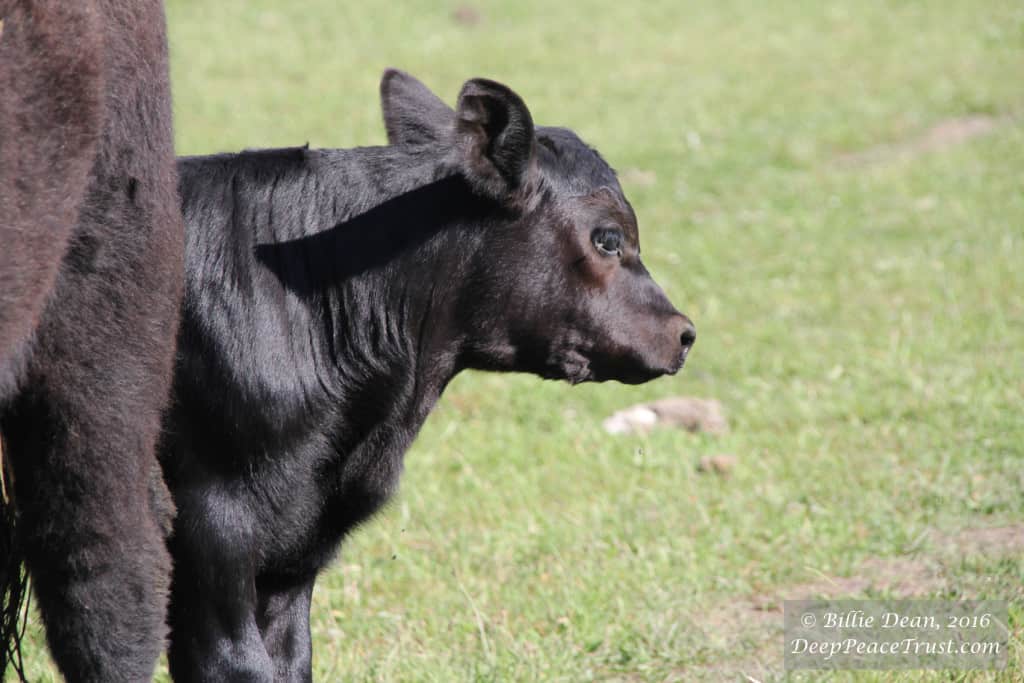 A picture of the calf during the day, as the night photos didn’t really come out.

People enjoyed the first Adventures of Elf with Food, so I thought I’d do another instalment.

Elf, for newcomers, is my (Billie’s) nickname.  I feed the cows (and horses and goats and sheep) hay. And they love me back! To them, I am Elf with Food. Well, they do have other names for me, which are very kind, but Elf with Food will do for now.

We are slowly repairing the fencing here at A Place of Peace. One thing we’ve learned is that cows have a very different relationship to fencing than, say, horses do. In fact, the cow people have walked through all the previous horse fencing here, meaning we had no paddocks to rest and the cows could pretty much go where ever they wanted. So, yes, we’ve been slowly fixing the fencing. But it has caused some interesting episodes with cows and their calves.

The other night I heard a cow bellowing for me. Once again, it was in the wee hours, but duty is duty, so I trudged across the creek and tracked the sound to a very distressed mother cow staring at our old wool shed. I couldn’t see her calf anywhere, so she asked him to speak up.

A large bellow ensued and I peered under the wool shed to find a very worried little boy stuck there. He had found his way under, probably exploring, and the door had closed behind him.

So, I strategically placed some hay in the open doorway, and crawled under the woolshed on hands and knees, torch carefully lighting the way. I spoke soothingly to him. But it was a fellow cow person jumping delightedly on the Strategically Placed Hay  that encouraged him out that last little bit.  By the time I’d crawled back out, he was happily suckling on mum, who thanked me very much,

“No problem,” I said, wiping the mud from my hands.

And went off to bed to the usual peaceful silence that the dark of night brings when everyone is sleeping contentedly.

Another happy ending in the world of deep peace for all species.