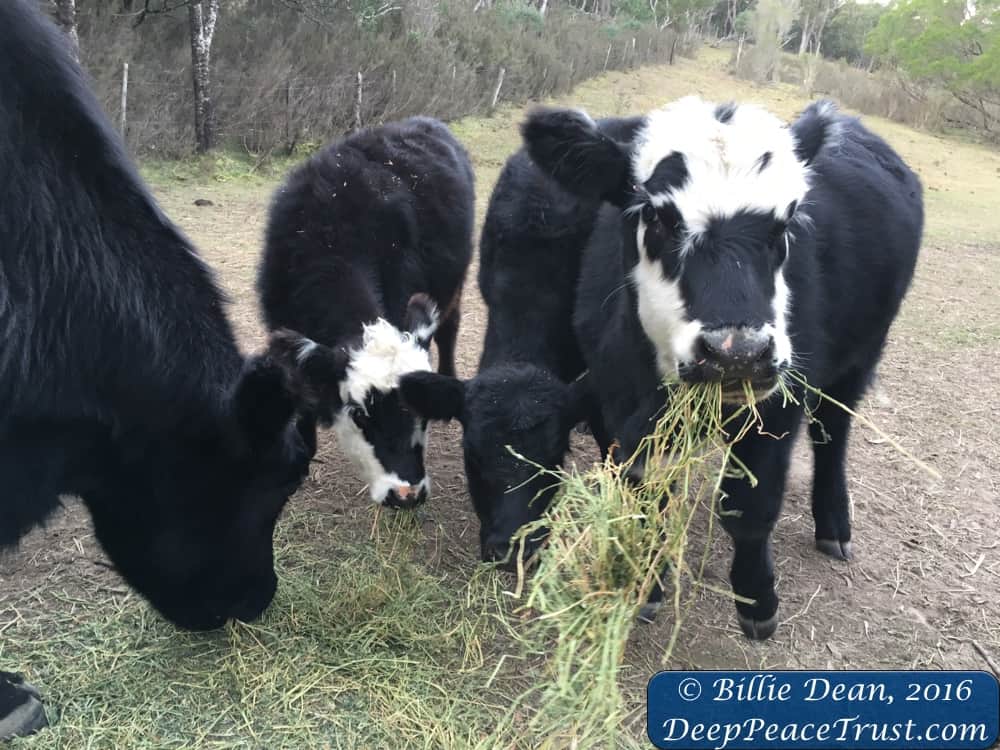 Click the image below to see photos of cute cows loving their hay.

The cows we rescued last year were nervous. There were the two people who fed them. And a stranger.  And the yards. It could only mean one thing.

Suddenly before our eyes,14 calves bunched together under the order of two cow mothers, and wheeled away, stampeding into the bush.

They were gone. Fear oozing from every cell. The cow mothers looked at us warily. I sighed. “We only wanted to de-sex the boys,” I said to them. “We aren’t ever going to take them from you.”

We apologised to the vet, who was amazed at what he had witnessed, and made another date. Who could blame the cow mothers, who had lost calf after calf from these particular yards, positioned at the front gate to make it easy for The Truck.

Our own cows had no problem at all with those yards. They had no association with it. And they had been in our own yards over and over with nothing  bad happening. So we asked them and their easy-going natures to help the new cow mothers settle into trust. We also cleansed and cleared the yards energetically,   changing the frequency, and made them a welcoming place where they not only got hay, but expensive yummy lucerne hay! We explained to them over and over that we would never take their children. We earned their trust.

The next time the vet came, he commented on how calm the cow people were.The procedure for the seven  boys went calmly and easily!

All the cow babies have grown up happy and healthy, and one of our original cow people, a lovely lady named Heidi, presented us with a surprise birth the other day.  We’re not sure who the father is, as we don’t have bulls here. But our neighbours on either side do. We’re still considering the possibility it was an immaculate conception. We hear that happens every couple of thousand years. 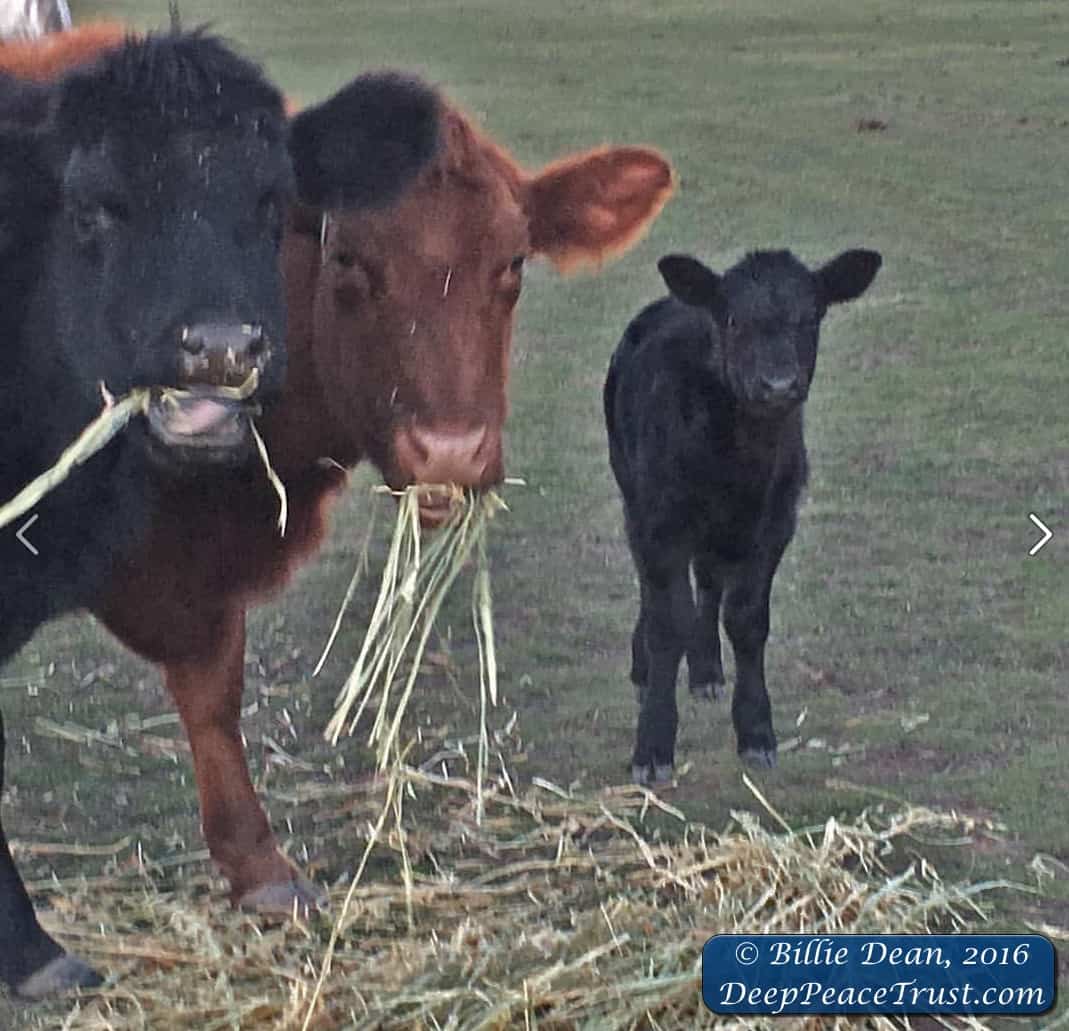