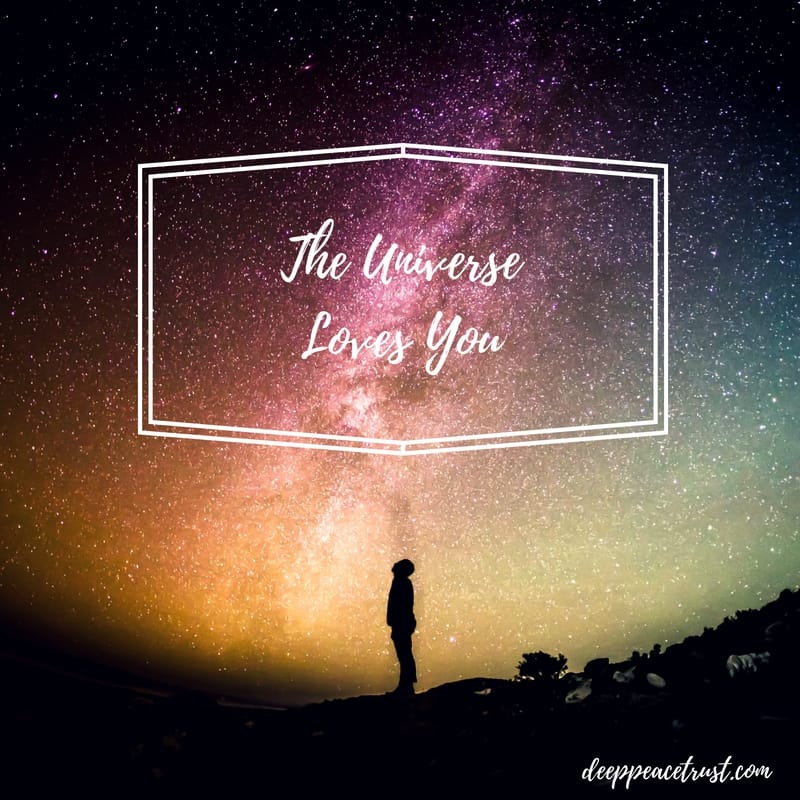 We are the mirror as well as the face in it.
— Rumi

All things are connected
Whatever befalls the Web
Befalls the sons of the earth.
Man did not weave the web of life
He is merely a strand in it
Whatever he does to the Web
He does to himself.
— Attributed to Chief Seattle 1854

In the above writings, we have the core of sacred teaching. How can we be both mirror and face? If I hurt another — say an animal, tree or other person — how does that hurt me? How are we a web?

We are suffering a great sickness in our society, and that is the sickness of separation. We no longer believe the we are connected to Source, which contributes to the lonely anger of a competitive, materialistic and meaningless path. Survival becomes everything, and survival is from the lower chakras.

In the New Earth, we will be living from the higher chakras. It’s never too early to start.

Understanding that we are all part of Great Spirit, perhaps like specks of magical sparks of light, helps us to understand two things:

If you live in the West, chances are your life is round after round of busy activity, as we rush through the day trying to do everything and plugged into collective survival fear. From tiny tots, we are taught we have to excel at school and become highly educated to provide for our future family. However, the truth is that often the education we receive doesn’t inspire the passion we came here to express, and leads to a meaningless, stressed out existence. Further, there aren’t always the jobs we were led to believe would be there. It leaves us feeling anxious, lowers our frequency, and makes people competitive, because there is “never enough”. Life becomes a struggle.

On the other hand individuals who remember their connection to Source, and get into alignment with that, can live a life of grace.

And.. you know.. I’ve never seen an owl with a wallet.

I will never forget a story one of my mentors, Alberto Villoldo, told of walking through the forest, studying with his mentor. At the end of their time together, Alberto wondered how they would get home. His mentor told him a bus would come. Where they were in South America, buses were irregular, perhaps one coming every three weeks, and Alberto, foot sore and weary, wondered how long they would have to wait. But to his amazement, as they headed down the mountain, the bus arrived.

Synchronicity is the magic of life that happens when we are plugged back into the memory of our connection to Source. And when we understand the world as benevolent, and trust that.

Another story I love about this is from Paramahansa Yogananda in Autobiography of a Yogi. In Chapter 11, “Two Penniless Boys in Brindaban,” Yogananda expresses his faith that he will be provided for, and his older brother, Ananta, dares him to prove this faith with a test. He and a fellow disciple Jitendra were to arrive by train in the city of Brindaban with no rupees. They were not allowed to beg or explain their situation. They were not to go without meals or be stranded in Brindaban. If they succeeded, Ananta would become his brother’s disciple, unconventional in an Indian family.

Yogananda accepts this test with full conviction of the love he is held in, and no hesitation. Jitendra however, was not so sure. Recognised as devotees of Lord Krishna, they meet two benefactors on the train who take them under their wing, and escort them to a stately hermitage where they are offered lunch. Not just any lunch — meals which had been prepared for royalty!

While Jitendra goes back into doubt and fear about the rest of the day, Yogananda stays true. They are soon approached by a man who claims to have been sent to help them by Lord Krishna in a vision during meditation that very lunch time. He shows them around the city, and gifts them not only their train ticket home, money, and also sweetmeats. In return, he is initiated into Kriya Yoga by Yogananda. The boys return home on time, with rupees!

Both Ananta and Jitendra become disciples.

Here is a demonstration of a benevolent universe.

The Q’ero also see the world as benevolent. “Kausay Pacha” is the world of living energy where everything in the universe is mutually connected. Everything. Translated, Kausay Pacha is “abundant living.” So again, we have the idea of a benevolent universe which provides. And when you feel into this thought, you can feel it as a loving embrace. The world again is presented to us a web of life — connected.

The world as living energy is something we in the West really need to understand. Because in the bigger scheme of things, it doesn’t matter if the old paradigm falls if our understanding of the way the universe works is strongly cemented. We have the power to create our own reality.

Now this is an old thought, but it is still a mystery for many people. We might be able to manifest things here and there, but to get into the flow, to trust, to accept the universe as benevolent in a time where there is so much collective fear, hate, anger and separation on the planet — that’s the challenge.

But the secret is understanding the web of connectedness, the malleable nature of the world, and the idea of perspective. When you view life from the perspective of the Higher Self, stepping outside the bounds of ordinary reality, into the realm of non-ordinary, you start to shift.

In What do Druids Believe?, Philip Carr-Gomm, Chief of the Order of Bards, Ovates and Druids, also discusses the web and ahimsa.

Woven into much of Druid thinking and all of its practice is the idea or belief that we are all connected in a universe that is essentially benign – that we do not exist as isolated beings who must fight to survive in a cruel world. Instead we are seen as part of a great web or fabric of life that includes every living creature and all of Creation. This is essentially a pantheistic view of life, which sees all of Nature as sacred and as interconnected.

He says the upshot of this view of the world is that people on the Druid path who actually experience this, instead of just understanding it intellectually, find themselves with a rich knowing of being “home,” something so many yearn for.

The consequences of this feeling and belief are profound. Apart from this trusting posture towards life bringing benefits in psychological and physical health, there are benefits to society too. Abuse and exploitation comes from the illusion of separateness. once you believe that you are part of the family of life, and that all things are connected, the values of love, and reverence for life naturally follow, as does the practice of peacefulness, of harmlessness or ‘Ahimsa’.

The final word of ahimsa comes from Autobiography of a Yogi.

On page 230, it is explained that by wanting to kill a mosquito, even though he didn’t, Yogananda had, according to his teacher, already delivered the death blow in his mind.

By ahimsa, Patanjali meant removal of the desire to kill

“All forms of life have an equal right to the air of maya. The saint who uncovers the secret of creation will be in harmony with Nature’s countless bewildering expressions. All men may understand this truth by overcoming the passion for destruction.”

1. The thing I love about the old religions is that the world of the mystic is an accepted and true one. In Yogananda’s telling of his test in the city of Brindaban, the young man who befriends him after a vision through meditation understands that his role in supporting Yogananda will have a huge and rippling impact on many, including himself. Kindness ripples.

Imagine the scenario if he had gone, “Um, I wonder what that vision meant? Two boys under a tree. Um, best look it up in a book of symbols.”

But no, in the India of faith, to live your life as a flowing participation of Spirit, is perfectly normal. Everyone in the scenario knew exactly what was going on.

In the screen telling of The Mists of Avalon (based on Marion Zimmer Bradly’s fabulous book), visions and telepathy are acted upon because that’s what people did.

Today we talk about “acting on our intuition”, on our “gut” or “hunches” — but maybe we could also start to understand this as Divine Conversation in a benevolent universe.

Please notice your small voice — and write down some dreams, visions and hunches that have led you on a better path. The more we recognise this in our life, the more we can begin to trust it.

My personal favourite story is how the spirits conspired to get Andrew and I together. He was shown to me in journeys in 1984, two years before we met. A spiritual medium channelled my mother who said he was coming, three weeks before we met. Later, before I was to collect him from the airport, I was given a dream in which he showed me pics of himself as he was in my vision in 1984. I bolted upright in bed, and said to them all, “Okay, I got it!”

2. Go outside and observe what you feel, hear and sense.

Challenge yourself to being open and observant to everything. Can you hear all the bird songs? Notice the breeze. Notice the direction of the breeze. What are the leaves doing? What are the ants doing. Are there butterflies or bees? This is an exercise in noticing.

Further, understand that there may be more to what you are noticing. Is there the presence of another? We only know what we are told to know. But Others are everywhere, unseen and unrecognised. Know what you are experiencing might not be what you think.