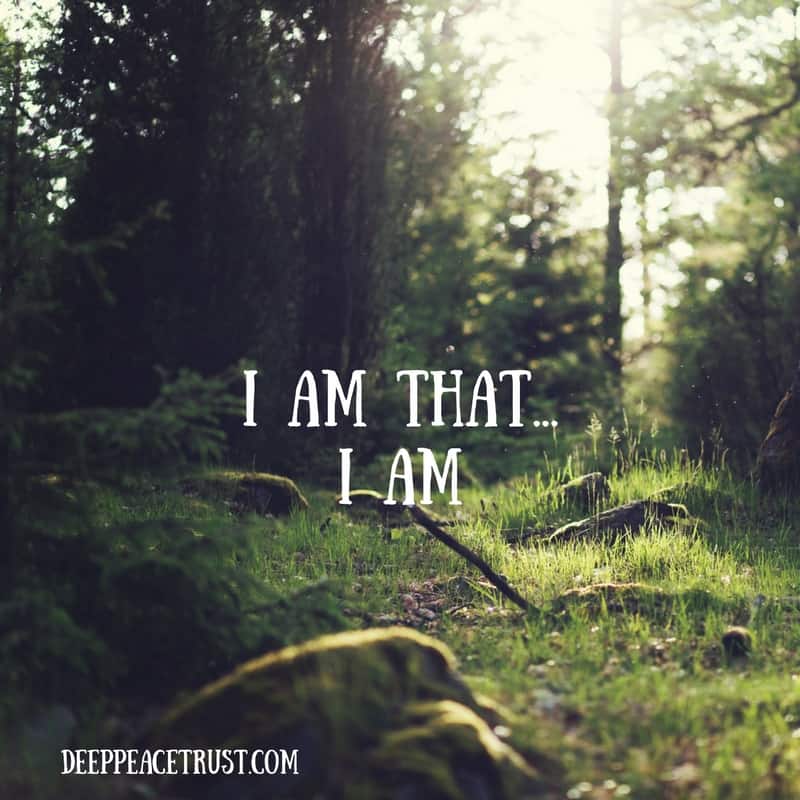 The “I am” statement is popular in the new spirituality movement and in healing. It has a power to it, helping us connect to source and rewire our thoughts about ourself. The “I am” statement, said outside and to the trees, is a powerful invocation to the Universe, reverberating through our cells changing neural pathways and powerfully manifesting our desire for ourselves.

Just saying “I am (your name)” brings you back to who you are, and grounds you.

But what about when you say, “I am that”? When you identify the spark of the divine that is you, in everything?

“I Am That… I Am” means the Divine is everything.

In Celtic history it was Amergin the Bard who really understood this concept, when he was inspired to intone a powerful poem now called the Song of Amergin as he stepped on Ireland’s shores.

With this poem, this Chief of the Bards, won Ireland for the Milesians against the magical Tuatha de Daanan. He won the battle with his powerful incantation, invoking the powers and spirit of the land. With this poem he claims the elements and becomes one with them all, using the power of his source energy. “I am that.. I am.” 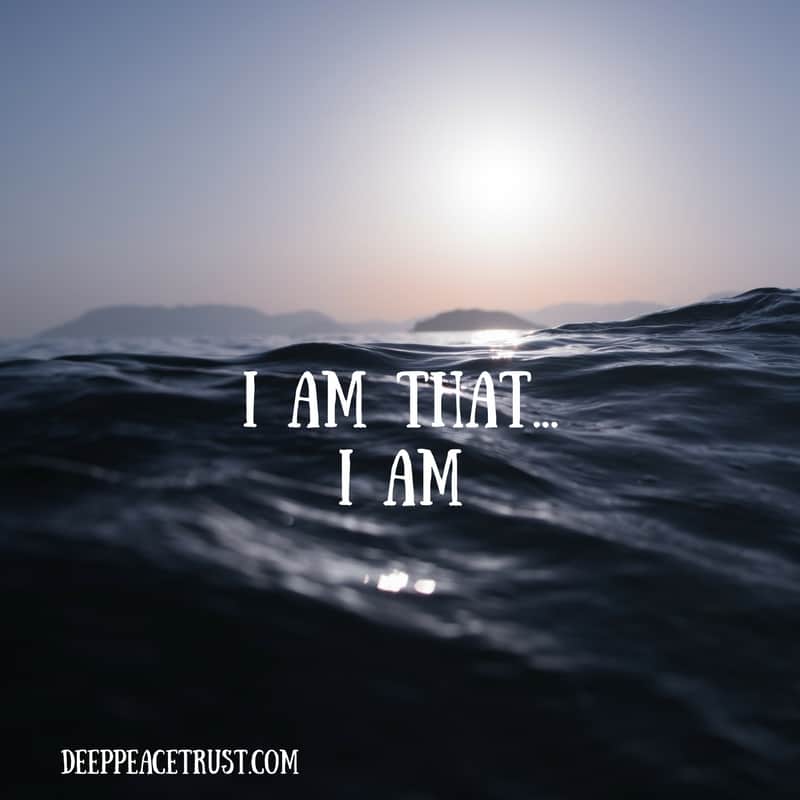 Here is a version of the poem (I have come across four versions so far) The Song of Amergin, which continues to capture the imagination through time.

“I am the wind that blows across the sea;
I am the wave of the deep;
I am the roar of the ocean;
I am the stag of seven battles;
I am a hawk on the cliff;
I am a ray of sunlight;
I am the greenest of plants;
I am the wild boar;
I am a salmon in the river;
I am a lake in the plain;
I am the word of knowledge;
I am the point of a spear;
I am the lure beyond the ends of the earth;
I can shift my shape like a god.

This last line is also said as, “I am the god who puts fire in the head.”

Tom Cowan, in Fire in the Head: Shamanism and the Celtic Spirit, suggests this can mean, “I am the fire of imagination or I burn with visions of another world.” But simply, Amergin is talking about his complete connection with the Divine in himself, understanding his connection to the whole. I am the god who inspires (fires) others — that is, I am Divine Inspiration.

To the Bards, having the Awen or Imbas (divine inspiration) is the Holy Grail of their work. An inspired Bard is on “fire” and their poetry and stories take them and you to new heights.

Amergin was on fire with divine inspiration when he owned and intoned the words of his now famous poem, and won the battle for Ireland,

Think about the statement “I am that… I am” and really understand what Amergin did. He stood on the shore of Ireland, and spoke as divine source to the divine source in all. By speaking to the Divine in all, as the Divine, he enticed them to his favour and won the battle.

Experiment with this. Can you make some “I am” statement which you personally resonate with? Understanding how to use it not just as making a statement, but making an incantation to invoke that part of you which you wish to be. That highest part of yourself. That part which is needing to come forward so you can stand in your own light.

I am that safety. I am that courageous warrior for peace. I am that loving beacon of light. I am that … I am.